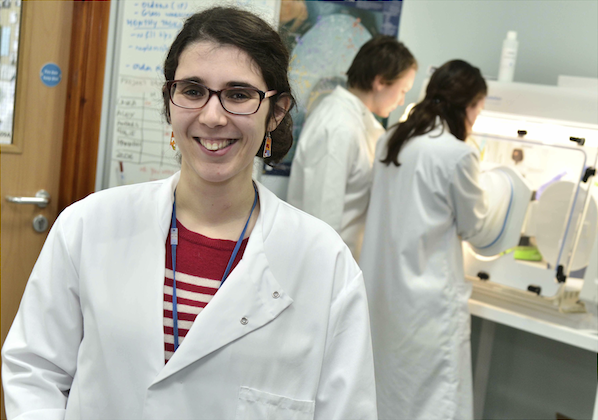 Dr Isabel Pires is a cancer research scientist and lecturer, as well as a keen science communicator. She is also passionate about sustainability and equality.

"The UK population is facing many challenging pressures, including the climate emergency (of which the current flooding is a stark reminder), staggering inequality, an NHS struggling under extreme pressure, increase in food bank usage, homelessness, and in-work poverty, amongst others. The Tory party, with its right-wing, populist, and profit focused policies, has failed to deal with these effectively in their nearly 10 years in government.

More importantly, I am acutely aware as a scientist that the climate emergency is the biggest threat we are facing right now. The Green Party is the only party with clear, comprehensive policies to protect the environment and to build a safe, equal, and fair future for our children and grandchildren.

I believe that we need to be the change we want to see in the world. The current form of the UK political system, including the broken and outdated First Past The Post voting system, is crippling any possibility of a truly democratic government.

If you have been inspired by the recent environmental movements and increase in youth activism, voting for the Green Party represents an alternative you can believe in.“ 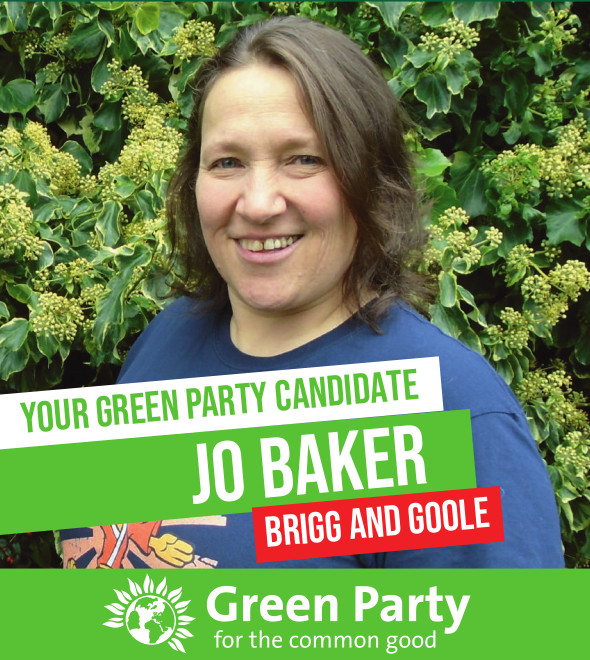 I joined the Green Party because I felt they were the party that best reflected my
values, particularly my growing concern about climate change, air pollution and the
need for cleaner energy solutions.

I’ve always been passionate about wildlife and protecting the countryside, for the
good of the planet as well as our health and well being. I also believe in protecting
the livelihood of people living in small, local communities and providing better
services including public transport.

Other issues that I believe are important include renationalising the railways,
protecting the NHS and electoral reform. 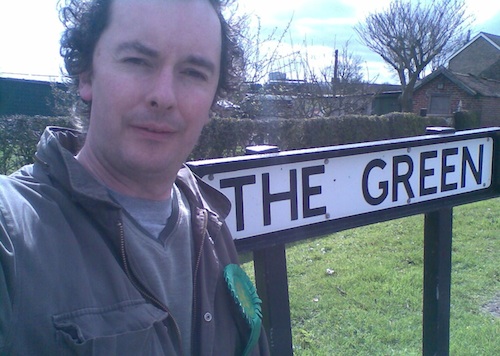 Dr Michael Jackson trained as a scientist and has a PhD in physics, then worked for 10 years in manufacturing so knows how to analyse and, more importantly, fix problems. He was born in Yorkshire and now lives in Nafferton in East Yorkshire where he was on the Parish Council for several years, serving for a time as chair, and helped with creating the village playground and rescuing the Recreation Club from closing. He works as an Energy Efficiency Assessor and has been involved in implementing various home insulation and renewable energy projects. He is now studying Fusion Energy at York University. In his spare time he plays guitar in local pubs, is in the Yorkshire Air Rifle League and plays Dungeons and Dragons.

“For me I am shocked and disgusted that our government just seems to ignore the Climate Emergency”, says Mike, “It is great to see the young people like Greta Thunberg and Extinction Rebellion raising the issue of the climate emergency but the old people in Westminster just argue and delay rather than getting on with it. It is the same problem as Brexit - rather than getting it sorted they argue and debate and show complete arrogance expecting the rest of us to put up with the uncertainty while they put off making a decision once again. Brexit is an artificial problem created by the Conservative Party because of party political reasons when they were loosing votes to UKIP and perpetuated by them all arguing with each other and trying to score political points rather than doing what is best for the people of this country. I would urge people to vote Green to get rid of this lot and elect ethical politicians for a more positive future and actual action on climate change.” 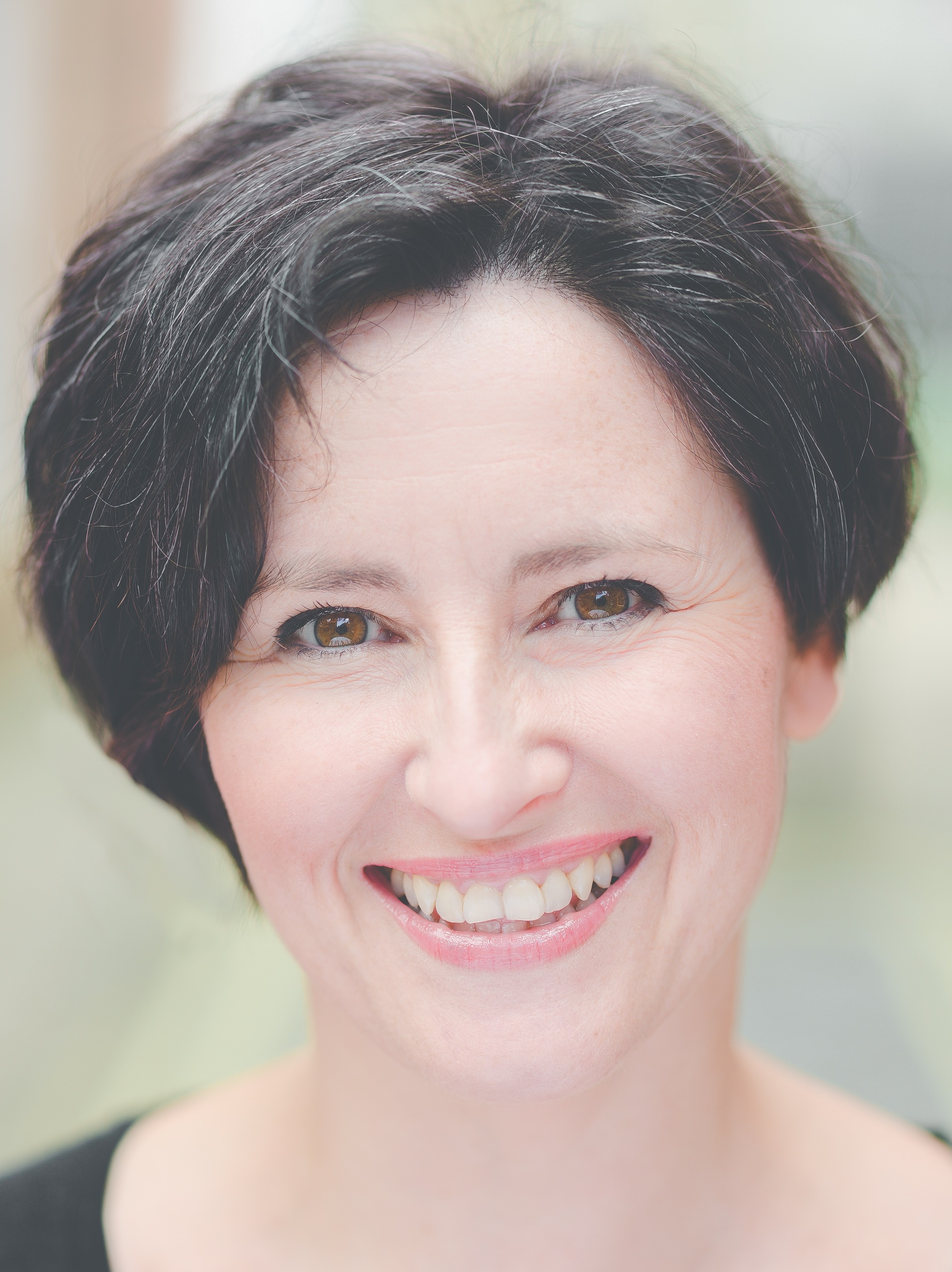 Angela Stone serves her community as the Manager of a local registered Charity, Howden Shire Hall.

Whilst she is a vocal and committed campaigner for local issues including Early Years education (having been Chair for Howden Pre School and later a School Governor at Barmby on the Marsh Primary School), Angela feels that the Global Climate Emergency is simply not high enough on the agenda in Parliament despite the declaration of a climate emergency.

Angela stands for the Green Party as her personal convictions for social justice, the safeguarding of our NHS and a more tolerant society are the cornerstones of the Green Party manifesto.

Although Angela will stand against a Goliath in one of the most secure Conservative seats in the country, her belief in standing up to be counted, however optimistic, is testimony to the importance that the people of Haltemprice & Howden are offered a meaningful alternative and an opportunity for their voices to be heard and represented by someone who lives and works in the constituency and is acutely aware of the unique issues facing our community during these uncertain times.

As a Green, and together with the people, we believe that profit has no place in our NHS.

We are committed to public transport, to making it attractive, accessible and people's first choice.

Greens are passionate about wanting to renationalise our railways, and for Hull, to make walking and cycling increasingly attractive, making the most of the city's landscape.

We have green factories on our doorstep, but we need to integrate our own city's energy into renewables.

As a teacher for over 15 years, I care deeply about the future of education and the provision of high quality services for young people.

Yet instead of a Green vision of relaxed child-centred learning, we have an education system almost entirely geared around testing, SATs and Ofsted inspections.

Greens provide the only real alternative to politics-as-usual: we believe in sustainability, in social equality, in investing for the future and in working for the Common Good. 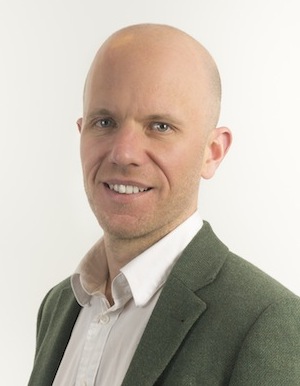 Richard Howarth has been a computer programmer, a biodiesel engineer, and a bookkeeper. He transformed his inefficient Hull terraced in to a cosy, low energy home, awarded the region’s first Superhome. He gives regular tours and wrote a website, to inspire and help others: inglehome.co.uk

When oil and gas companies bought up licences covering virtually the whole of East Yorkshire, Richard worked with communities across the region, informing and empowering them to stand up and oppose fracking.

Richard is appalled at the UK’s rampant inequality, worsening for 30 years, and believes in a fair society for all. He is dismayed by the privatisation of the NHS, begun in earnest with Private Finance Initiatives in the 2000s and continuing to this day, and campaigns for a publicly owned and properly funded national health and social care service.

Most importantly of all though, Richard is fighting for urgent, serious action to tackle climate change “now reaching the end-game”, with humanity’s last chance to avoid chaos and collapse. He initiated the Climate Emergency motion declared unanimously by Hull City Council, stands in solidarity with the Climate Strikers, and works with Extinction Rebellion to Tell the Truth, Act Now, and demand a Citizen’s Assembly.

In our broken and outdated voting system, the Tories can't win in Hull and can't loose in the East Riding – so you are free to vote for what you believe in.

So let's put people before profit.

Let's Fight For What Matters, and Vote Green.

For radical change, for our children’s futures

Greens want to see a society that puts environmental and social justice first.

We're so concerned by the lack of action on global warming and air quality.

Along with quality affordable housing, job security, equality and wellbeing in society, these are some of the issues are issues we would like to see tackled as a matter of urgency.

We believe austerity needs to end.  We're dismayed at the current dismantling of the NHS, we support the Save Our NHS campaign and want to see public services brought back into public ownership.

Mike was born in Hull and was raised within the constituency and currently works at the University of Hull. He left Hull in 1979 for family reasons and returned in 2002 to make at least half of Hull City's fixtures easier to attend. He lives with his partner, a primary school teacher at a school within the constituency, and two children.

A significant part of Mike’s role at the university is as elected trade union officer (past president and current caseworker, providing help to over 150 union members to date). He was formerly president of the Hull and District Trades Council.

Stand up for Renters.

Stand up for Our NHS.

Stand up for Young People.

Stand up for Our Rights.

Stand up for Our Environment.